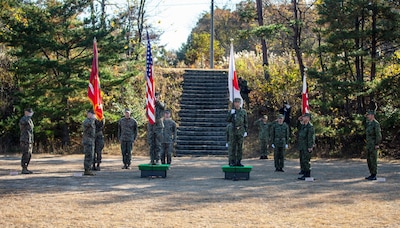 The forces will conduct a bilateral, combined arms exercise and live fire training in conjunction with

ground and aviation units. During this iteration, the combined force will focus on helicopter-borne operations, with a comprehensive final training event that will begin with an aerial insert from MV-22B Ospreys, and consist of multiple days of complex bilateral movements against an opposing force.

“When we train together like this, we develop the kind of proficiency that is required for two different units, from two different militaries, to come together and operate as one,” said Lt. Col. Clinton Cummings, the battalion commander of 1st Battalion, 25th Marine Regiment, Marine Forces Reserve.

Forest Light is an annual training exercise that is designed to enhance the collective defense capabilities of the U.S. and Japan alliance by allowing infantry units to maintain their lethality and proficiency in infantry and combined arms tactics.

For more news and products search for Forest Light Middle Army on dvidshub.net or look for us on 3d Marine Division’s Facebook and Instagram.

Get instant job alerts whenever a new job is posted

You will be able to unsubscribe at any moment.